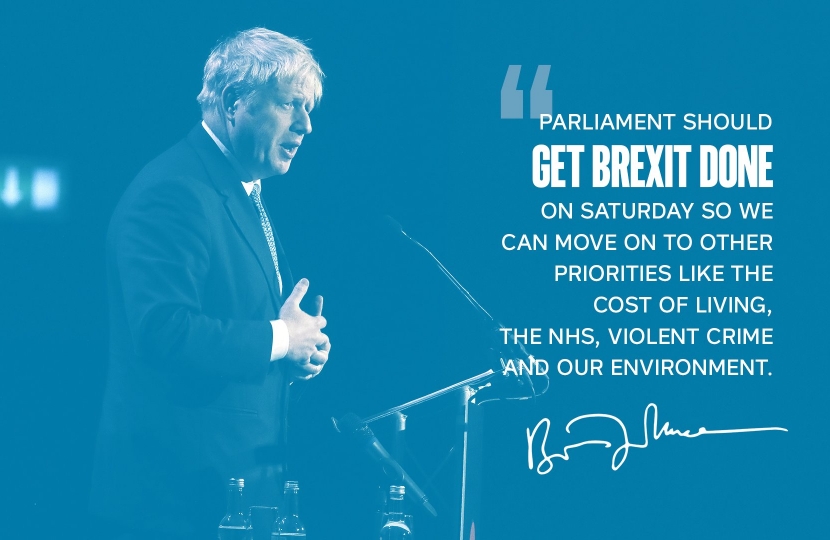 "I’m delighted the Prime Minister has negotiated a new deal – a real Brexit deal which ensures that we take back control of our laws, our borders, and our money.

The Prime Minister has achieved what many said was impossible and negotiated a new deal so that we can respect the referendum result and get Brexit done on 31st October, without disruption and in good order.

I look forward to voting for this deal in the House of Commons tomorrow, and hope colleagues from across the House will join me in helping get Brexit done once and for all!"