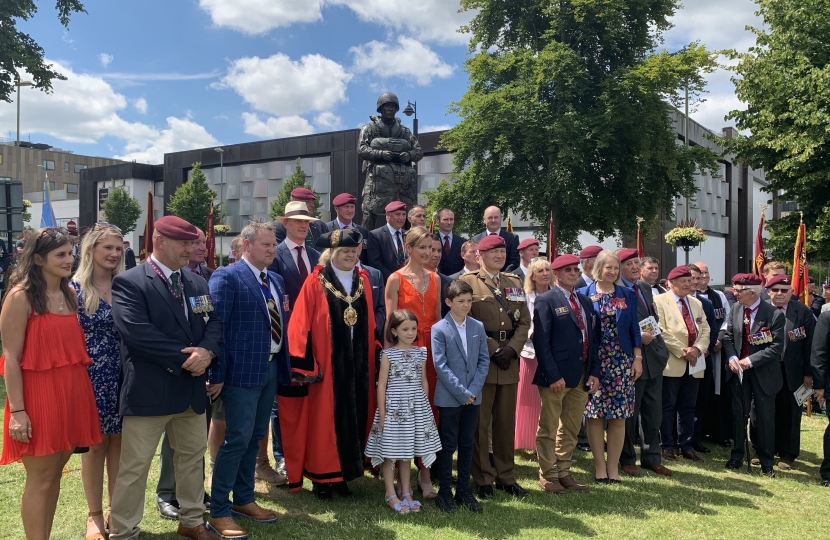 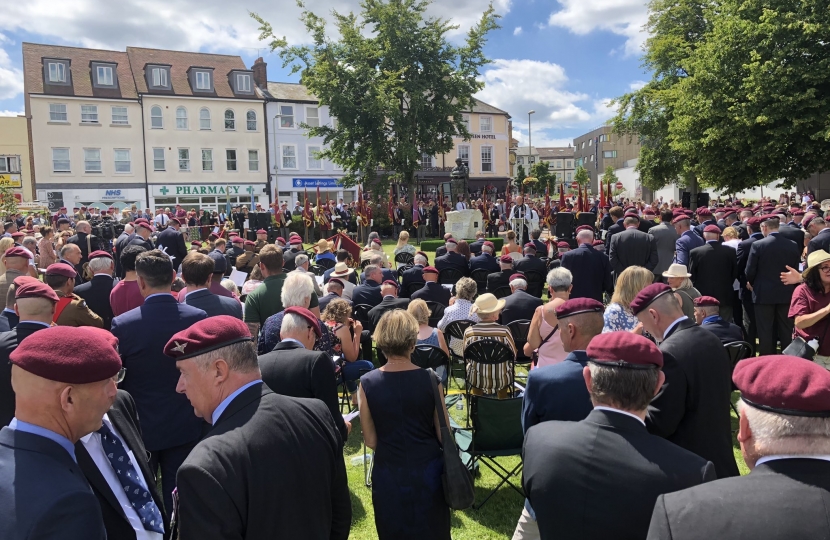 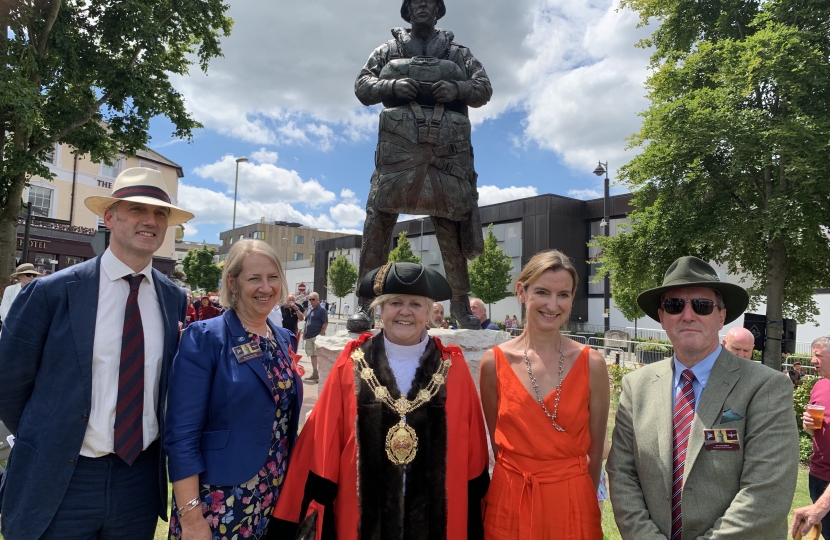 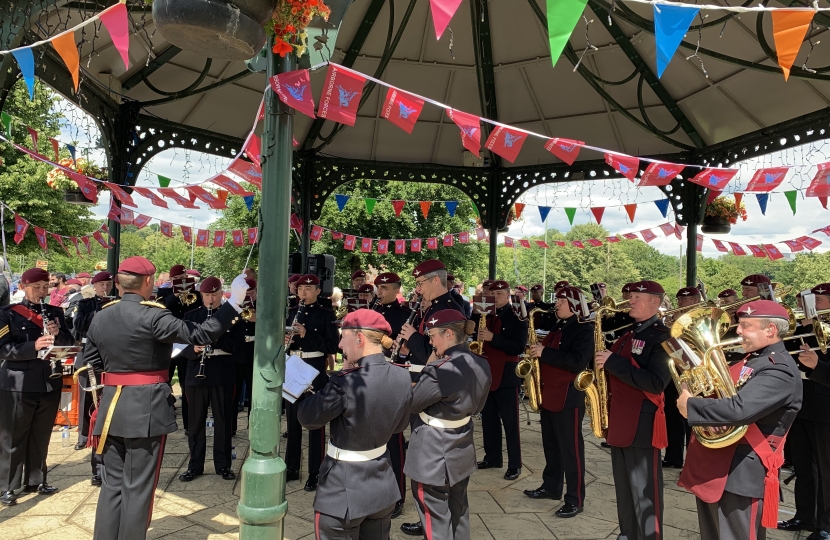 Thousands of Airborne Forces Veterans have today taken part in a ceremony in Aldershot to mark where the Army's airborne forces were based for half a century. Current and former members of the Parachute Regiment and other units marched through the Home of the British Army.

A statue of a paratrooper was unveiled in the town's Princes Gardens to mark the historical link where an estimated 10,000 spectators watched the ceremonies. The statue of a paratrooper ready to jump from a plane is mounted on a block of granite from Mount Longdon, the scene of a key battle involving the Parachute Regiment during the Falklands War.

Leo said: A very special moment in Aldershot today as The Parachute Regiment returned to Aldershot in force for the unveiling of the magnificent statue of the Airborne Warrior at Princes Gardens. I was proud to be in attendance as RSM Woody Woodward unveil the statute to mark the strong, historic link our Airborne Forces have with Aldershot, the Home of the British Army. "

Lt Gen Sir John Lorimer also commented that it was the first "permanent and fitting memorial" to our Airborne Forces in Aldershot.