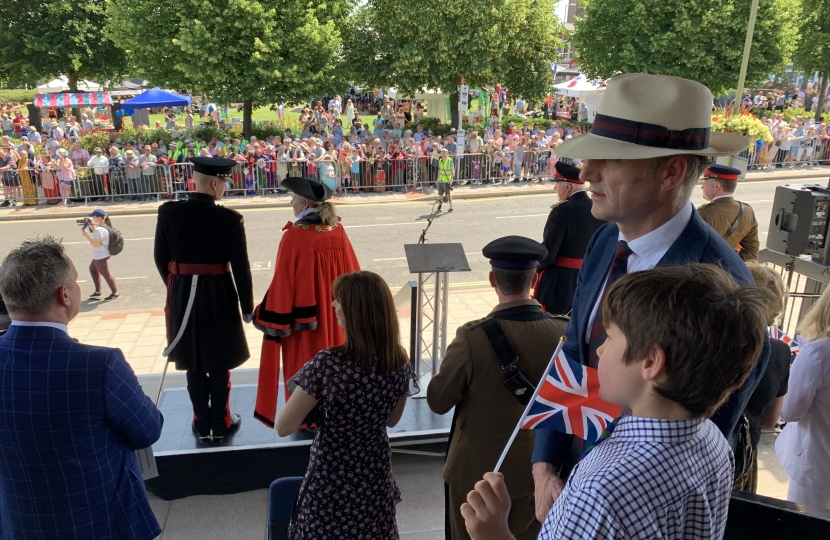 Aldershot is the Home of the British Army, and Armed Forces Day provides the opportunity to raise public awareness of the contribution made by those who serve and have served in Her Majesty’s Armed Forces, as well as show their support for the men and women who make up the Armed Forces community; from currently serving troops to service families, veterans and cadets.

Leo said: "A magnificent Armed Forces Day today outside the Princes Hall, Aldershot! Huge thanks to the Grenadier Guards, Rushmoor Borough Council and everyone on the Aldershot Garrison for their tireless work in making the day such a triumph."

You can also view Rushmoor's video of the day, here.