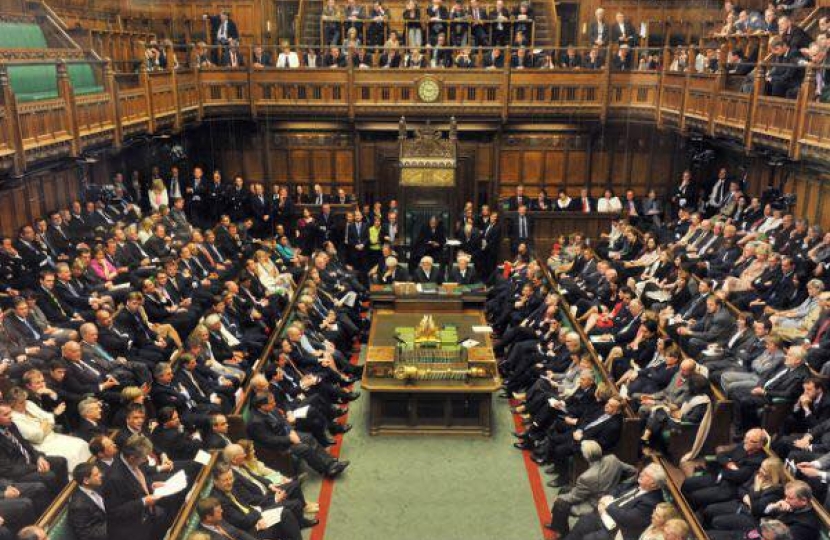 Tonight in the House of Commons an important step will be taken towards getting on with Brexit; at around midnight MPs will vote on the the EU (Withdrawal) Bill as it comes before the House for the second time.

I'm looking forward to voting for this bill. As your MP I'm looking forwards to supporting the government and fulfilling the democratic will of the British people expressed in the Referendum last year. 58% of voters in my constituency - across Aldershot, Farnborough, Blackwater and Hawley - voted to leave the EU. Like them, I voted to leave in order to take back control of our laws, our borders and our money from unelected EU officials.

And this bill is an important step towards doing that. It will repeal the European Communities Act 1972 and in doing so remove the supremacy of EU law and return control to the UK. It will convert EU law into UK law, giving businesses continuity to operate in the knowledge that nothing has changed overnight, and create the necessary temporary powers to correct the EU laws that no longer work for our country.

Labour has done a u-turn; it's voting against this Bill and against Brexit and is trying to use the vote tonight as a means of undermining the Government and grab power.

I'm pleased that tonight I'll be one of the 300+ Conservatives stopping them doing that and helping the Government deliver Brexit!