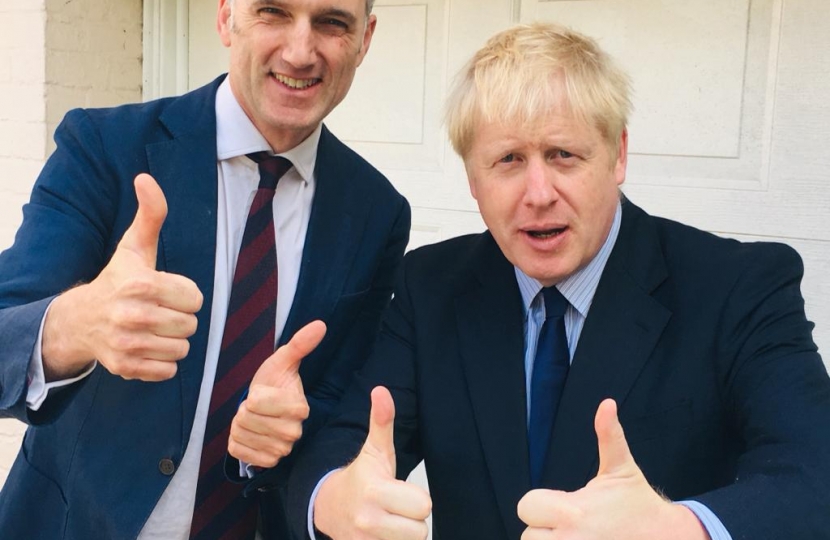 Leo Docherty, MP for Aldershot, has announced that he will be backing Boris Johnson in the contest for the Conservative Party Leadership

We simply have to leave the EU on October 31st, with or without a deal, so that we can unite our country, restore trust, and focus on the issues that will make everyone's lives better.

I would urge you to join me, and sign up to Boris' campaign at www.backboris.com. If you have a comment or an idea you wish Boris to be aware of please click here: www.tellboris.co.uk."

The winner of the contest is set to be announced on Tuesday 23rd July. Prime Minister Theresa May will carry on in post for a further day after the election result and host a final PMQs before handing her resignation to the Queen on Wednesday 24th July. The new Prime Minister would then be installed almost immediately that same day after going themselves to see the Queen.