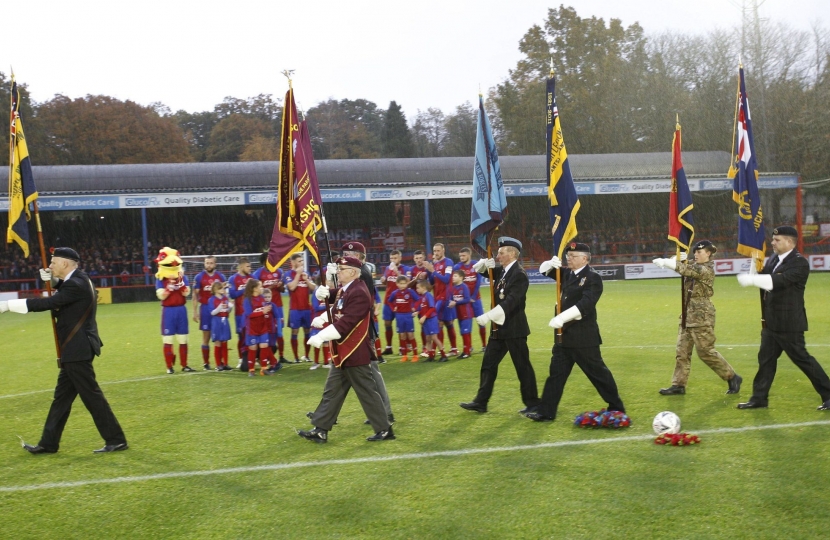 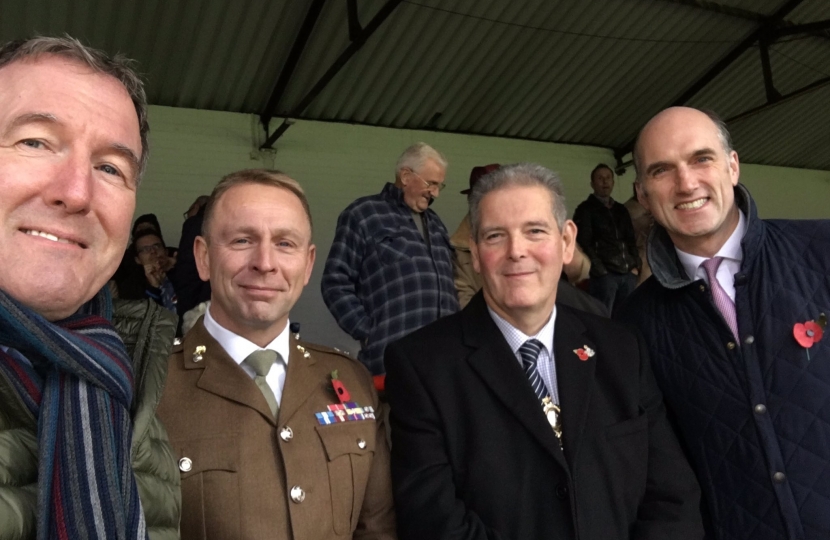 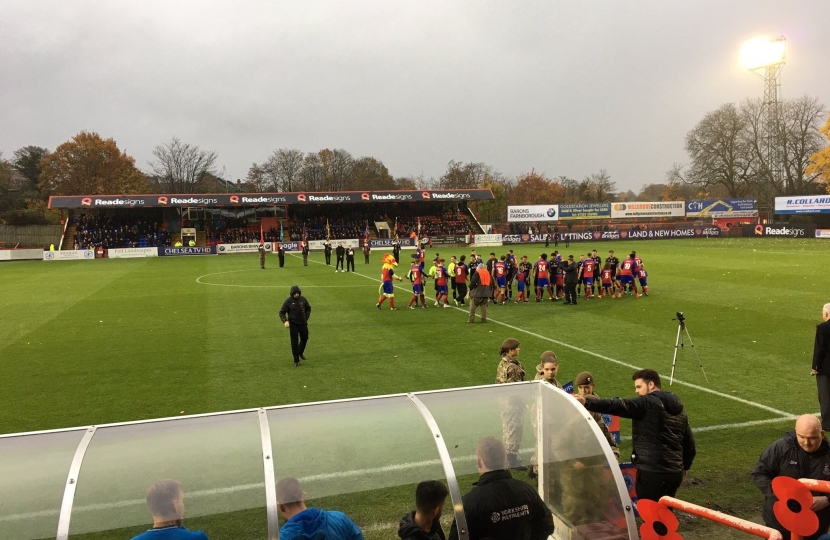 Leo said "I was delighted to join fans at Aldershot Town Football Club's first round tie against Bradford City in The Emirates FA Cup at the EBB Stadium this afternoon. Thanks to Aldershot Royal British Legion and members of the Armed Forces for their contribution to the moving pre-match Ceremony of Remembrance."