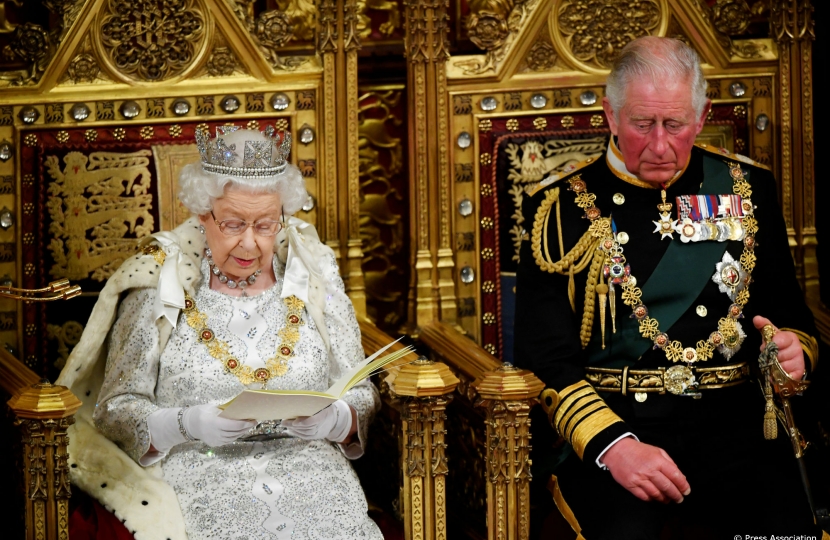 Today's Queen’s Speech set out an ambitious agenda focusing on the people's priorities - getting Brexit done, investing in our NHS, tackling violent crime and dealing with the cost of living - and getting our country back on the road to a brighter future.

Leo said: "When people voted in the EU referendum, they voted for a better future in this country. But years of delay and indecision by politicians means the change they hoped for hasn’t yet been delivered.

Her Majesty The Queen set out a clear programme to help our police tackle violent crime, invest more in our schools and hospitals and increase the National Living Wage to £10.50 per hour. By getting Brexit done, we will end the uncertainty and get on with an ambitious programme to build a brighter future for everyone in this country.

That’s why we will keep the most violent offenders in jail for longer, drastically increase the maximum penalty for foreign national offenders and recognise in law the rights and needs of victims of crime. This will ensure the worst offenders get the punishment they deserve; deported criminals are deterred from returning to Britain and victims can have full confidence in our justice system – ensuring people feel safe on our streets.

I know the Prime Minister is working flat out to negotiate a new deal, so we can get Brexit done by 31st October and get back on the road to a brighter future. Three years ago the country voted to leave the EU, and voters are fed up with politicians’ dither and delay. I am determined that we leave on 31st October with a deal, and if that’s not possible, then with no deal.

Getting Brexit done means we respect the referendum and can move on to our domestic agenda, which includes recruiting 20,000 new police officers, investing more in our NHS and helping with the cost of living."