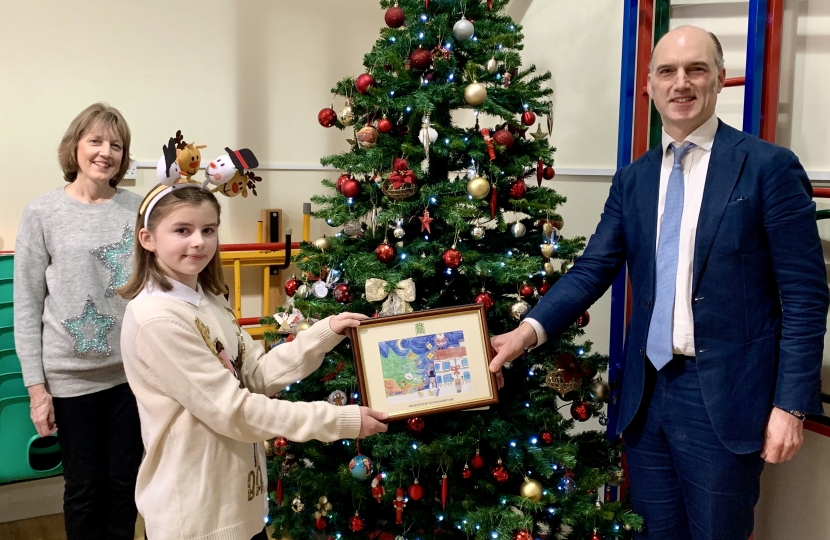 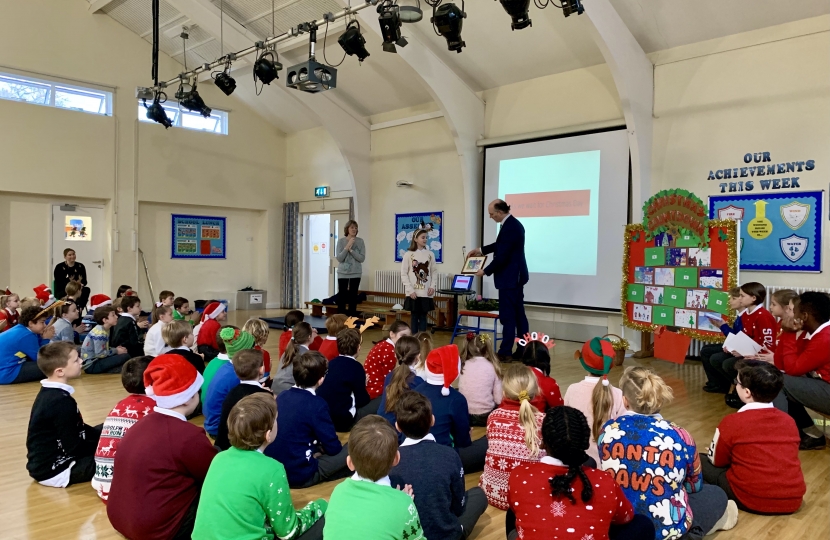 The competition, which Leo has run annually since being first elected in 2017, was open to all local infant and junior schools and, after such a tough year for us all, Leo hoped would spread some much-needed cheer across our local community. He received an astonishing 700 submissions for the competition, the highest total so far.

Leo said: "I was so impressed by the creativity and imagination of all those who sent in designs, and am very grateful to all our local schools and teachers for their engagement with the competition - we've never had so many submissions.

"There were many excellent entries, and selecting a shortlist and winner proved to be extremely difficult. I am delighted, however, to announce that Sophie Powell, aged 11, of Hawley Primary School in Blackwater has been chosen as this year's winner!"

Sophie's superb design, featuring Santa and Rudolph delivering presents on Christmas Eve, features as the front cover of Leo's official card, and is currently being sent out to hundreds of individuals and organisations across Aldershot, Farnborough and Blackwater.

All 700 pupils that took part received a signed certificate of participation, and a number also received letters to commendation.

Leo was incredibly pleased to be able to visit Hawley Primary last Friday, at the invitation of Headteacher Mrs Veronica Galpin, to announce Sophie at this year's competition winner, and to award her efforts with a framed copy of the card and ticket's to next year's local pantomime, 'Dick Whittington' - kindly donated by the Princes Hall, Aldershot. He has also invited Sophie, her class, and teacher to visit the Houses of Parliament, when COVID-19 restrictions allow.

This year's runners-up were Leo Streeter, aged 6, of Talavera Infant School in Aldershot, and Sophia Pamphlett, aged 9, of Cove Junior School in Farnborough - each were awarded one-year family tickets to the Aldershot Military Museum, courtesy of Hampshire Cultural Trust.

Leo added: "I am incredibly grateful to Princes Hall and Hampshire Cultural Trust for their support, but particularly to Steve Beeching, Managing Director of Viasat UK, without whose kind and generous sponsorship the competition could not have taken place.

I would also like to pay tribute to our local printers, Tim Reading and his team at Imprint Colour Ltd in Aldershot, for their continued professional and expert support in producing, printing and distributing the card on behalf of my office."