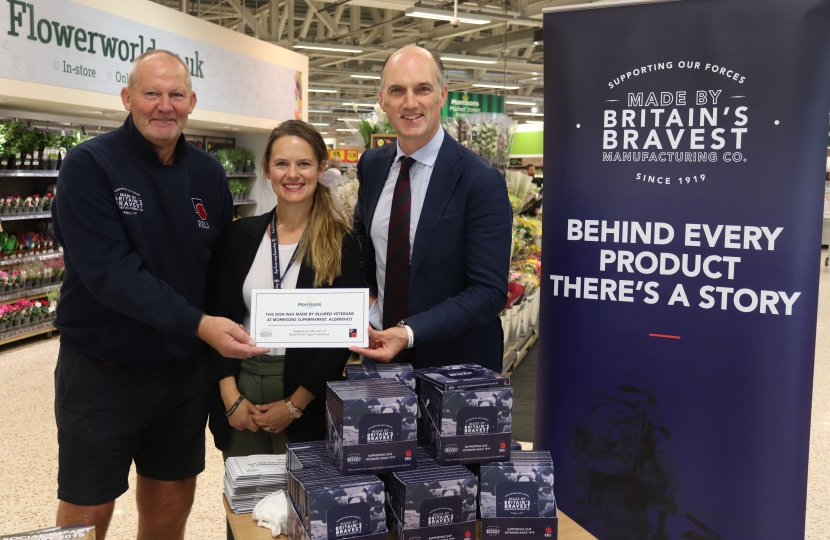 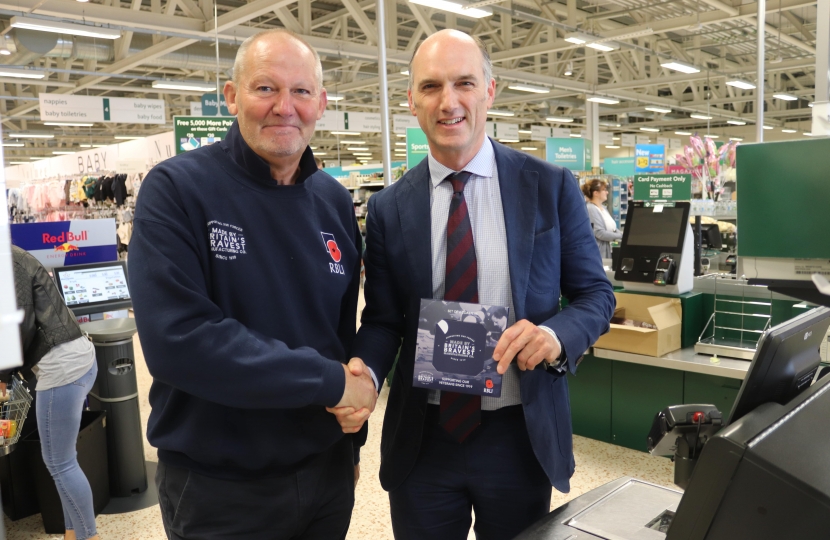 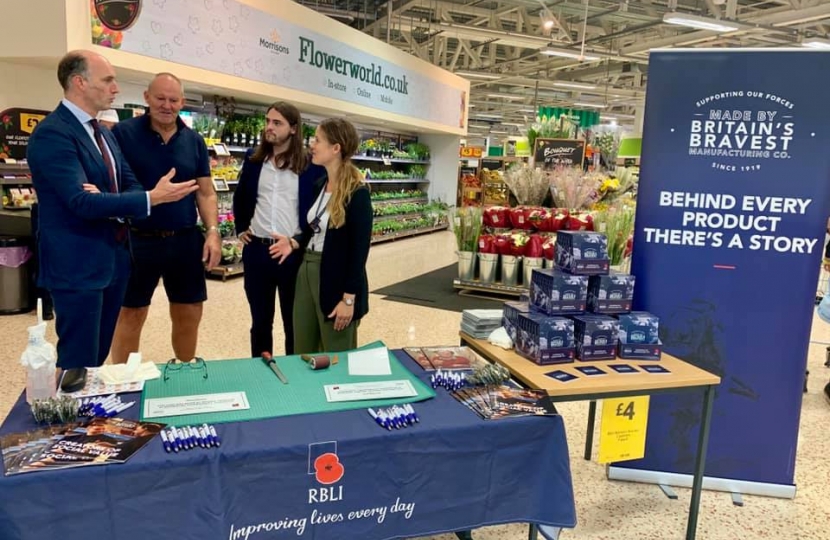 Representatives from Royal British Legion Industries (RBLI) were joined by the MP for Aldershot, Leo Docherty, to help launch a fundraising project with supermarket giant Morrisons

Veterans have been producing drinks coasters at RBLI’s social enterprise Britain’s Bravest Manufacturing Company (BBMC) to raise crucial funds for Britain's most vulnerable veterans. They are now on sale in 192 Morrisons supermarkets across England, Scotland and Wales, with all profits going to support wounded, injured and sick ex-servicemen and women.

Leo Docherty MP, himself a former Captain in the Scots Guards, joined RBLI veteran Steve Hammond, who served in the Welsh Guards until he sustained an injury while aboard the Sir Galahad during the Falklands War.

Leo said: “I am very proud to back this fantastic project helping raise funds to support veterans who sustain physical and mental wounds whilst serving our country. I would encourage everyone to look out for these coasters at the supermarket and show their support for Royal British Legion Industries and all the great work that they do, in this their centenary year.”

Steve Hammond said: “When I left the forces, I had nothing. I just had a suitcase in my hand and got on a train back to my hometown. That’s where RBLI stepped in – they organised for me to see a surgeon to help with my injuries, gave me a house for my family, then there was a job for me when I fully recovered.

I know the veterans couldn’t wait to see them in-store. It’s been a real pleasure to work on an exciting project like this and we very much appreciate Leo’s support.”

The coasters - which come in packs of four at £4 each and will be on sale from 13 September - feature the emblem of the factory where veterans produce road and rail signage, wooden products such as pallets, and provide printing and mailing services. This latest venture is the veterans’ first step into the supermarket retail space in celebration of RBLI’s centenary year.

BBMC is a not-for-profit enterprise which employs more than 100 people – 70% of whom are veterans, have a disability, or both. The factory reinvests its entire surplus to offer greater employment opportunities to its beneficiaries.