No Need for (Another) People's Vote 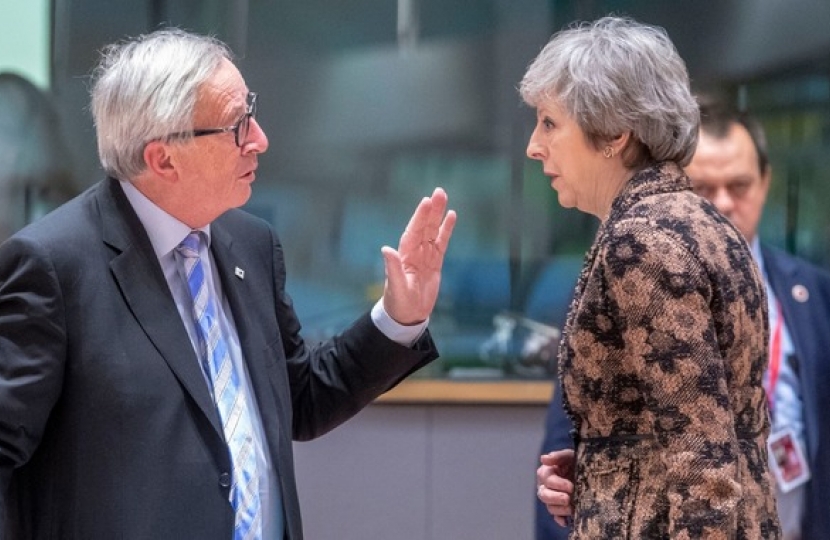 There has been a lot of talk today in the House of Commons about a second EU referendum. I am, however, totally opposed to this idea. We had a 'People’s Vote' in June 2016: Leave won the referendum and it is the job of the Government and Parliament to get on and deliver that result.

The PM’s deal won’t give everyone everything they wanted but my view is that it is the only viable route to Brexit on offer. I hope that as long as the PM is prepared to talk tough to Messers Junker and Tusk and show the EU we are not afraid of No Deal and are preparing for it, a guarantee from the EU that the Northern Ireland backstop cannot be permanent should be forthcoming.

If that happens then the deal should receive the support of the vast majority of Conservative MPs and our DUP allies.

We need to get this deal through and leave the EU in good order on 29th March 2019.