No other country allows soldiers doing their duty to face perverse legal pursuit, my piece for ConservativeHome 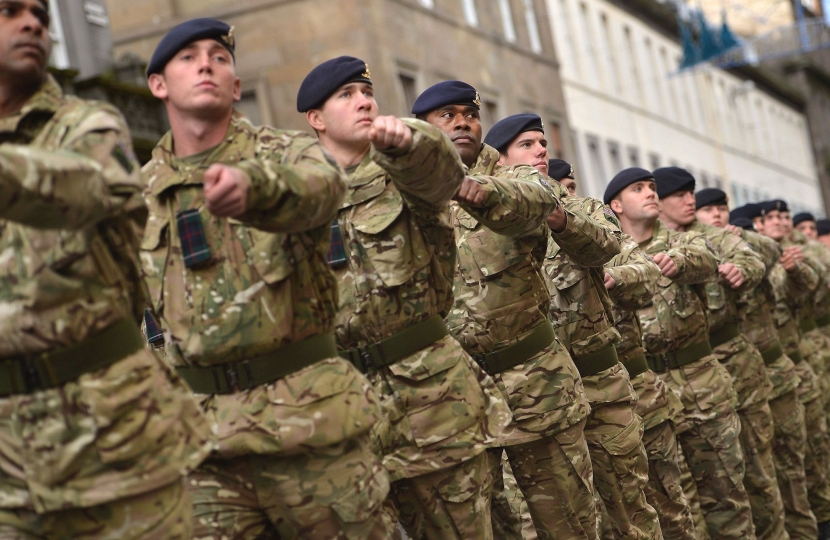 This week in the House of Commons I proposed a bill which would ensure that the UK derogates from the European Convention on Human Rights prior to deploying troops on combat operations. I did this because we need to ensure that our armed forces are protected from legal pursuit and that their resolve and capability to deliver hard fighting power, when needed around the world, is undiminished.

The legal pursuit of our soldiers and veterans is a particularly painful chapter in our country’s history and must be urgently resolved. Last year in my constituency, in the Aldershot garrison, I had a conversation with a senior soldier who had just left the Army after three decades of distinguished service serving in the most elite units, in the most brutal and demanding theatres of operation. His experience of sustained legal pursuit in relation to operations in Afghanistan left him with a deep sense of betrayal. Even though he was the son of a soldier and himself had served 30 years, he told me “my sons will not serve” which pained me.

Of course, soldiers do not wish to be above the law. They just want to be under the right one. For generations, the Law of Armed Conflict and the Geneva Conventions governed operations carried out by our soldiers, until that is, until 1998 when the unintended consequences of the Human Rights Act and the ECHR kicked in, leading to a catalogue of injustice involving hundreds of soldiers from all operational theatres; Northern Ireland, Iraq and Afghanistan.

No other country has such a perverse situation in which soldiers doing their duty face this kind of legal pursuit. Indeed, ten countries – including France and Spain have in effect opted out of certain aspects of the ECHR. So there can be a way forward, a way which my colleague Tom Tugendhat MP has tirelessly pointing out since his election to the Commons in 2015. The excellent Policy Exchange Report which he co-authored Clearing the Fog of Law makes clear the alarming manner in which our Armed Forces are entangled in Human rights law, to the extent that the ECHR applies wherever and whenever a British soldier employs forces. This means that foreign nationals, including enemy combatants can sue the UK for breach of the ECHR both in courts in London and Strasbourg following military operations. To prevent this we must – as other countries have done – derogate from the ECHR.

Another powerful voice is that of Johnny Mercer MP, my fellow member on the Defence Select Committee who has tackled head-on the outrageous scandal of the Iraq Historical Allegations Team and was instrumental – along with other members of the Defence Committee – in urging Sir Michael Fallon to close it down. The Defence Committee continues to investigate the scandal of legal pursuit and we have heard from witnesses about how the army is “running scared of the law”.

This is something that must end. And it must end, not only because of the past and the painful spectacle of legacy cases which cause so much distress to service men and women and their families. It must end because of future operations. Getting the legal basis of military operations right underpins the central mission of our national defence at this time; the rejuvenation of our armed forces to meet the complex new threats that we face.

Whether we like it or not we will need to, in the future, fight our enemies abroad. We need to be honest with ourselves about that. Soldiers are versatile and adaptable, they can be superb peace-keepers, aid workers, policemen, diplomats. They can and do perform all of these roles. But they are first and foremost, above all else, soldiers – whose task is deliver overwhelmingly military fighting power to kill and destroy our enemies.

For these reasons I hope that the government will back my private members bill, because as well as being a manifesto pledge and something all Conservatives can surely agree on, it is an issue, ultimately, of protecting the people of our Armed Forces and our national security.

You can read the full article online, on ConservativeHome, here.