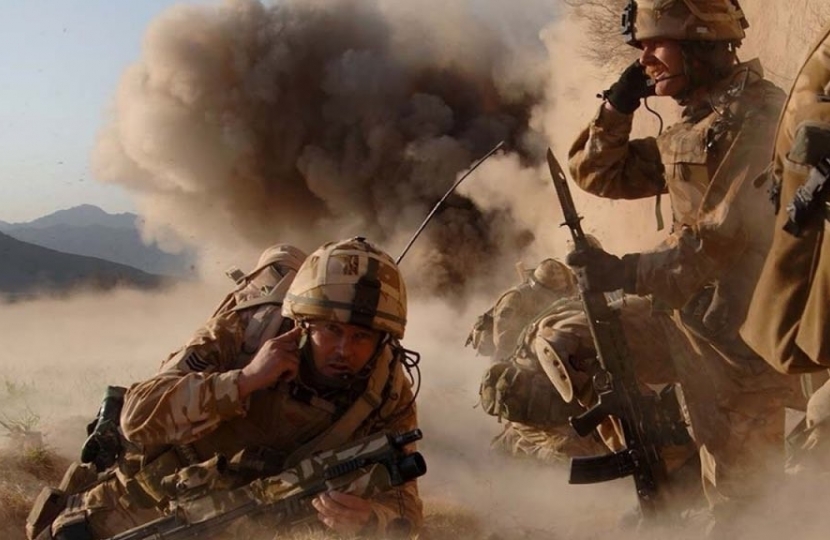 The outrageous treatment of Dennis Hutchings who served in Northern Ireland in the 1970s has brought the scandal of historic allegations against veterans into the public arena in recent weeks. Mr Hutchings, a 77 year old grievously ill man now finds himself facing a repeat prosecution for a case going back decades.

If the bond of trust between the Government and our armed forces - which is so critical to our national security- is to be maintained, our service men and women must know that the state is on their side. It is imperative that the Government acts urgently to end the repeated and spurious prosecution of individuals who have served and will serve, not just Northern Ireland, but in all theatres of conflict including the Falklands, the Balkans, Iraq and Afghanistan.

This petition urges the government to legislate for a statute of limitation to protect those who have served their country honourably and have been cleared of any wrongdoing. I was pleased to present this petition to Parliament on 26th June, during Armed Forces Week, and was very encouraged to have over 6,000 signatures. I await the Government's response.