35th Anniversary of the Falklands War 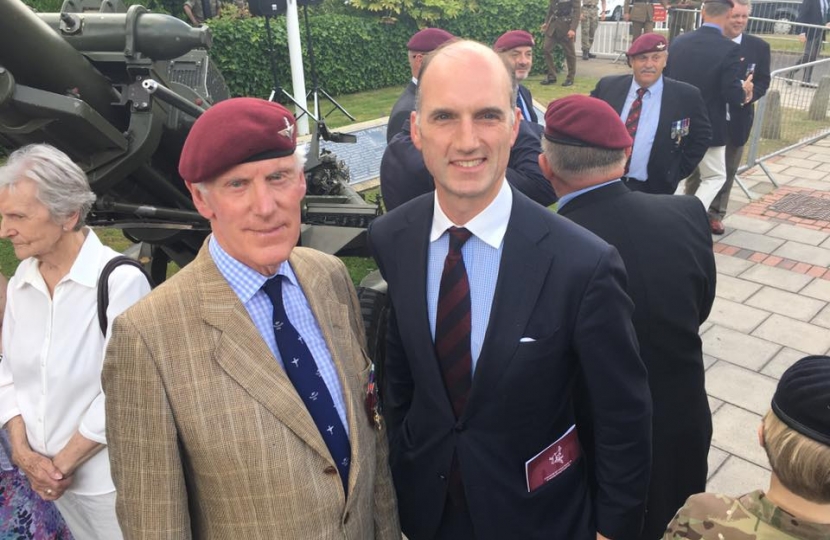 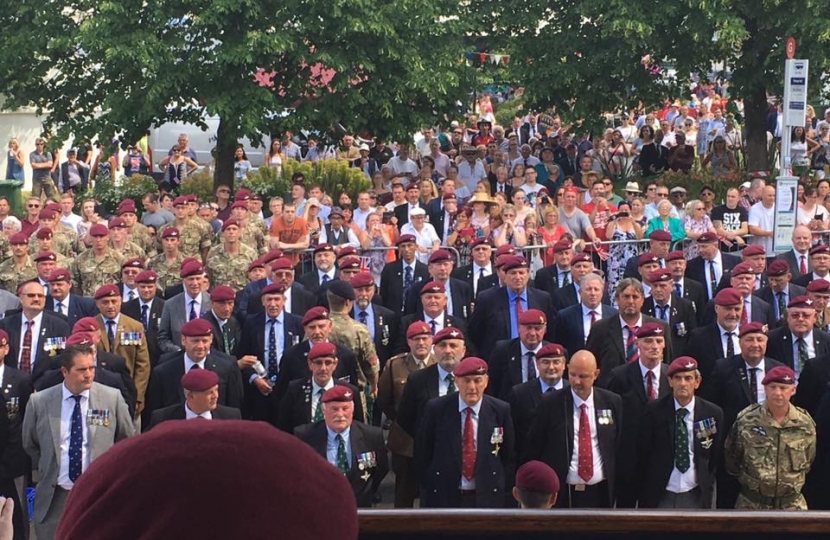 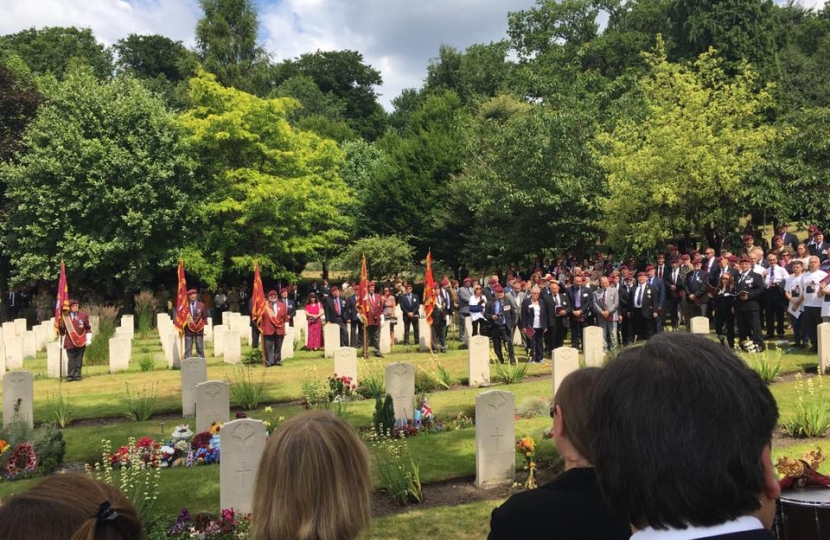 Aldershot was honoured to welcome back the Parachute Regiment heroes of the 1982 Falklands war last Sunday. 35 years ago the men of 2 PARA and 3 PARA spearheaded the British task force that liberated those islands from the Argentinian invaders after a series of bloody battles at Goose Green, Mount Longdon and Wireless Ridge. 42 members of the Parachute Regiment and attached personnel were killed in action, with a further 95 personnel from the two Battalions wounded in action. Two Victoria Crosses were posthumously awarded to Lt Col H Jones, commander of 2 PARA, and Sgt Ian McKay of 3 PARA. I was particularly honoured to meet Lt Col Chris Keeble DSO who took command of 2 Para in the field following Lt Col H Jones' death leading his Battalion at Goose Green.

Seeing the surviving members of those two Battalions march through Aldershot, side by side with a new generation of Parachute regiment soldiers was impressive and moving.

I was also honoured to meet Sarah Jones – the widow of Lt Col H Jones VC - during the parade and we agreed that while the Parachute Regiment may have departed Aldershot for Colchester, the spirit of the British Airborne forces – the spirit of patriotism and service -still very much exists within the Garrison and the wider community.