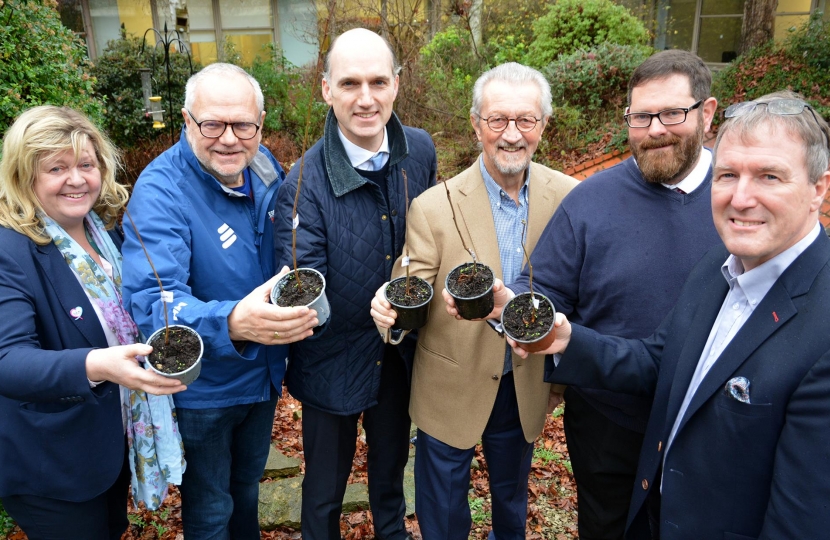 Leo said: I had the privilege last Friday of presenting Rushmoor Borough Council with five tree saplings gifted to me by The Queen’s Commonwealth Canopy. The scheme was made possible by a partnership between The Woodland Trust, Sainsbury's and ITV to mark Her Majesty’s lifetime of service to the Commonwealth."

All of the trees are native species, which have been grown in the UK. Two are Silver Birch, two are Rowan and one is a Hazel. Three of the trees will now be planted at Southwood Woodland nearby to the former Southwood Golf Club, where the council plans to bring forward plans to turn the area into a natural country park. The other two trees will be planted in North Town, Aldershot.

Today, the Prime Minister announced an additional £24.1 billion in funding for our country’s defence.
This funding will help safeguard the security of our nation and bring prosperity to every corner of the Union – while revitalising British shipbuilding.