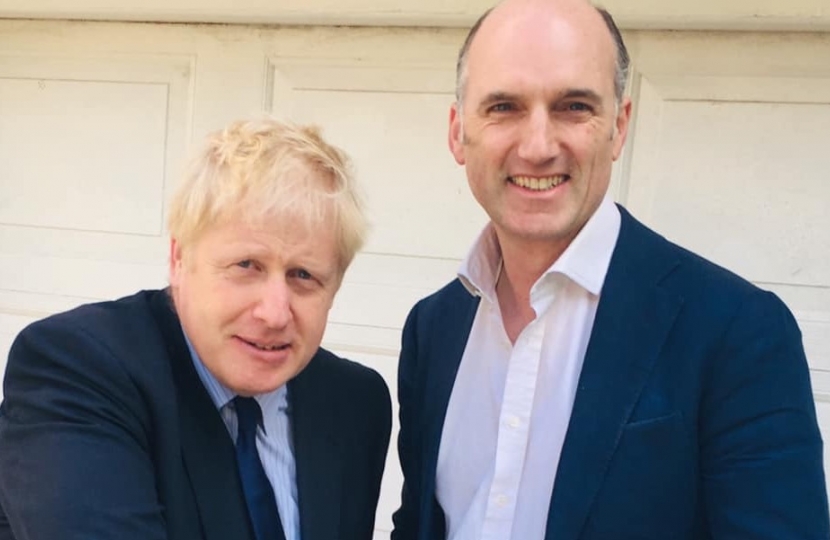 Leo Docherty MP is privileged to have been asked by new Prime Minister Boris Johnson to join his new Government in the Whips' Office as Assistant Government Whip.

Whips are MPs or Members of the House of Lords appointed by each party in Parliament to help organise their party's contribution to parliamentary business. One of their responsibilities is making sure the maximum number of their party members vote, and vote the way their party wants.

Leo, speaking after his promotion, said: "I am really honoured to have been asked to join Prime Minister Boris Johnson's new Government in the Whips' Office as Assistant Government Whip. I look forward to busy times ahead!"

Whips frequently act as tellers (counting votes in divisions). They also manage the pairing system whereby Members of opposing parties both agree not to vote when other business (such as a select committee visit) prevents them from being present at Westminster. Whips are also largely responsible, together with the Leader of the House in the Commons, for arranging the business of Parliament. In this role they are frequently referred to as 'the usual channels'.