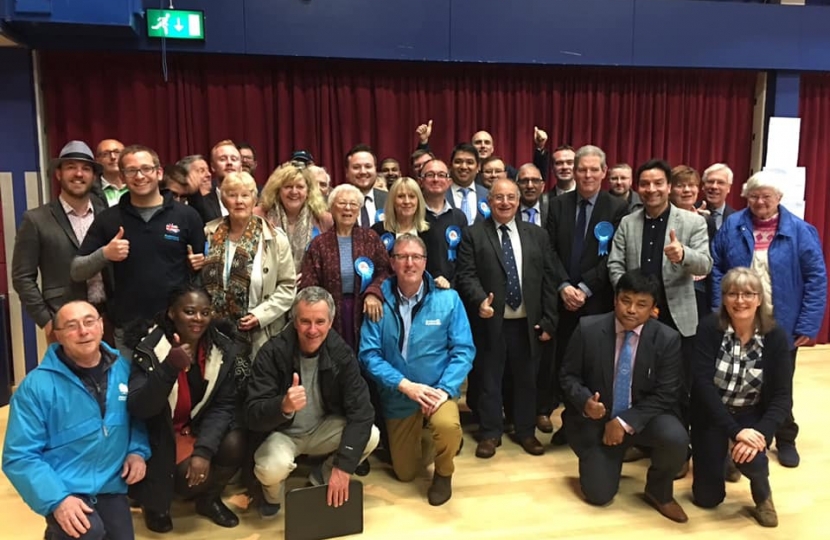 Leo said: "This is what teamwork looks like! After two gains, and just two losses, Rushmoor Borough Council remains under Conservative control - with the fantastic leadership of Cllr David Clifford and his terrific team across Aldershot and Farnborough.

Leo pictured with local Conservative members, candidates and councillors late on Thursday 2nd May at the Count