'There's no point in another delay...we must get on and leave the EU in good order', says Leo Docherty MP 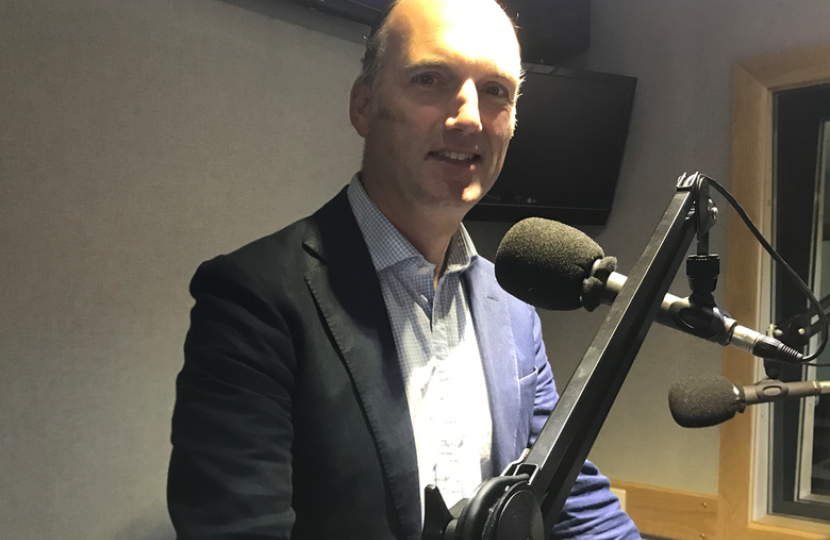 With the clock ticking as we count the weeks to the Brexit deadline Eagle Radio has been speaking to the MP for Aldershot, Leo Docherty

It follows a tumultous period in Parliament, which has seen 21 rebel Tory MPS sacked and Parliament prorogued, with a Supreme Court hearing scheduled for Tuesday after Scottish appeal court judges declared the decision unlawful. A new bill has also been passed to stop a no-deal.

Next week the Prime Minister travels to Europe to hold talks with the President of the European Commission, with a new agreement yet to be reached ahead of October 31st. Mr Johnson has said he would "rather be dead in a ditch" than ask the European Union for an extension to Brexit - even though he is now legally obliged to do so.

Mr Docherty told Eagle he does not think any laws will be broken: "I think what the government will do is try to seek a lawful way around this - I think the government may appeal to the courts -  let's see.

"But the government will act lawfully at all times."

Mr Docherty said he would like to see a general election so that the government has a mandate to carry out its aims: "I don't see any point in Parliament forcing another delay...we need to get on and get out in good order...and that's why we need to go to the people and have an election, so that the numbers in Parliament reflect the will of the British people in wanting out and not wanting a delay."

When asked about the concerns of those who do want an agreement, Mr Docherty reiterated that Mr Johnson's first choice is to leave with a deal: "The prime minister doesn't want to leave without a deal, he wants a deal.

"He just knows that unless he keeps no deal on the table, perhaps the EU won't give us the concessions we need in order to be able to get a deal that's acceptable from our side." Mr Docherty said he hopes "all sides can find  a compromise that works for everyone" when Mr Johnson goes to the EU summit on October 17 and 18 - the last before UK's scheduled departure.

He said however that "the sad reality is that the prime minister's hand has been weakened by the fact that Parliament is trying to force an extension on him, because some in the EU Commission will think that Britain is not serious, they're not really going to leave, and let's therefore not give them a deal."

You can read the full article, here.